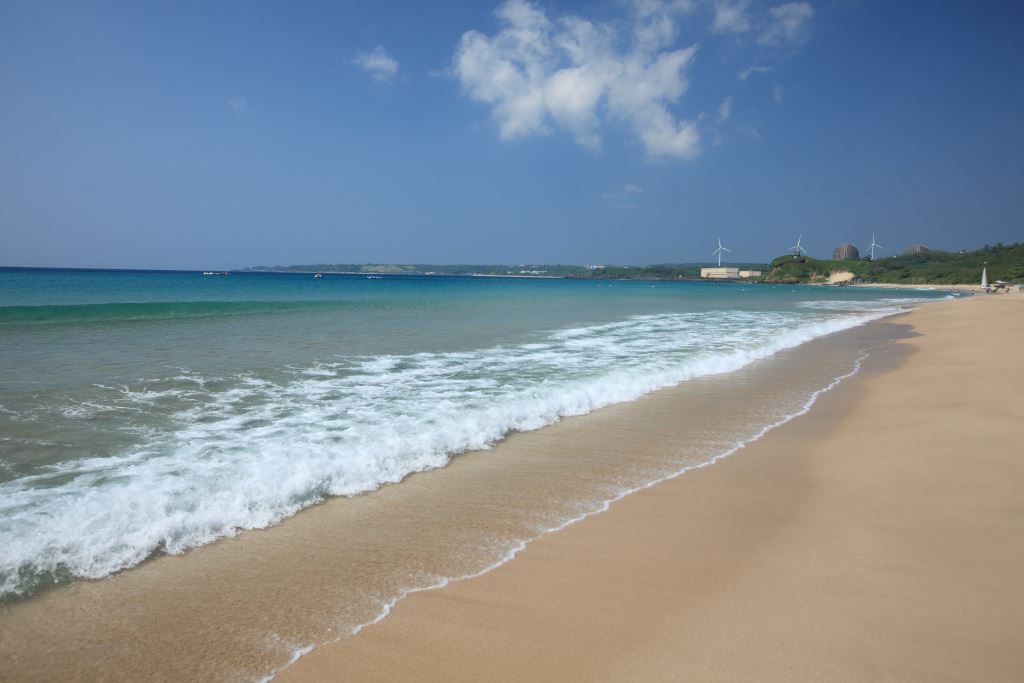 Distance 3.7 Km，Driving time 5 Minute
The old name of Nan Wan is DaBanLe, which was a famous whale hunting place when Taiwan under Japanese rule. The Kuroshio flows through the sea area here and brings migratory fishes. Whales are one of them. Whale hunting ships often went whaling on the sea, and dragging whales on the shore was a usual scene. However, people and things have changed and the place has remained the same. Nan Wan nowadays is a beautiful beach. Because of the sea water is transparently blue, people call it "Blue Bay" as well. In summer holidays, lots of tourists come for swimming. The sand quality of Nan Wan beach is fine and the beachline is in a beautiful curve. In old times, Nan Wan has been chosen as one of the Eight Nature Wonders in Taiwan for its "golden sand and white waves". And, the undersea scenery is also great. Since the Kuroshio visits the nearby sea area, a great environment has been formed well for growth of coral reefs. The kinds and density of corals is able to compare with other famous sea area in the world. Nan Wan also has various marine lives. Besides the common tropical fishes, shells, crabs, shrimps and sea cucumbers, there are some creatures that you may never hear of, including Aplysia oculifera, special seaweeds, sea ropes. The dark seafloor becomes colorful because of those creatures. The output of fishing is abundant here. In old times, it’s easy to see fishermen netting fish by dragging nets. The old fishing method is called as gill netting, which is fixing nets on the shore, then carrying them to the sea area in a great density of fishes by ships and dropping nets into the sea, and afterwards, people together dragging the nets backwards on the shore. Though this old fishing method is rare nowadays, it explains not only the beauty of the bay scenery but also the various and abundant marine lives.