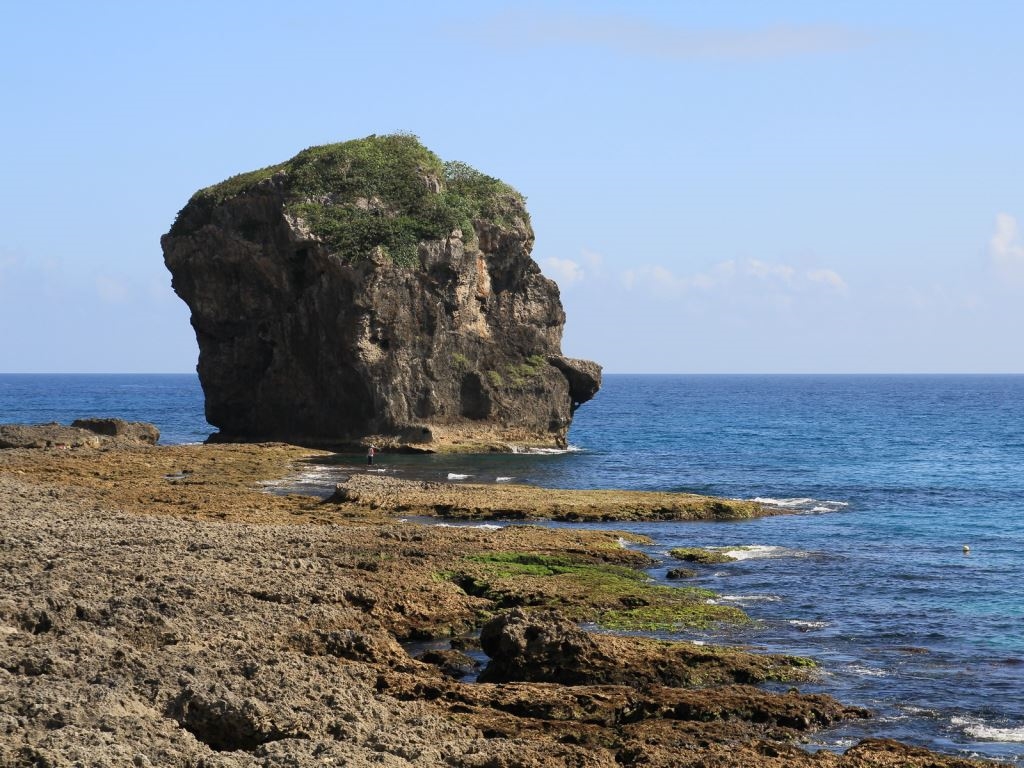 Distance 4.4 Km，Driving time 8 Minute
Chuanfan Rock looks like a sailboat raising the sail, ready to set out and conquer somewhere at another side. The cause of Chuanfan Rock is presumable. Coral limestone spread over the coast has been pounded and eroded over and over again; the rocks gradually become fragile and broken. Further, due to gravity dragging, the rock eventually collapsed. Chuanfan Rock is the great work by sea water erosion. And, because the rock texture is harder, it stands inside the sea firmly. Chuanfan Rock is a very famous landmark in KenTing coast area. Leaving from the center of KenTing Street for E-Luan-Bi and driving on E-Ping highway, since there are no high buildings to block the view, you can see the 18 meters high Chuanfan Rock from far away. Under the blue and clear sky, it looks like ready to set off and waiting for the moment that wind blows. Some people say that it looks more like the head of previous American President Nixon. Looking from every angle, there’s really a similar angle. The round forehead, deep eyehole and high nose are all characters of President Nixon. With a little more imagination, does it look like that President Nixon just jumped into water and is ready to swim? And interestingly, comparing with the swimmer aside, they suddenly become dwarfs. For the wonderful view in Chuanfan Rock., there is an area of recreational trails built on the coast. There are some stone chairs in animal’s look that may attract children very much. The clear beach aside is suitable for water activities. However, never try to climb Chuanfan Rock. It’s highly dangerous. Although it’s not a large beach, people always enjoy a lot and forget the time for return. This is the charm of Chuanfan Rock.